van Breda Suzuki > About us

Van Breda Suzuki, also known as Suzuki Springs, was founded by Les van Breda and his brother in 1973, son Graeme joined Les in the family business in 1995. Thus the business has enjoyed the same family owners and management ever since. It has remained true to its roots in Springs, owning its premises on 2nd Street, where it has become a mainstay of the biking community. 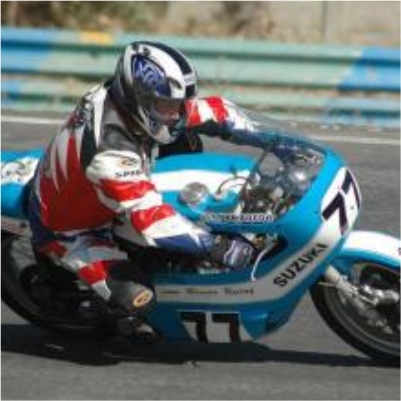 Both Les and Graeme Van Breda have been awarded Springbok colours as national Champions with the pair amassing some 6 national championships between them.

Les famously went on to compete Internationally in 1977 and 78 alongside other South Africans, Kork Ballington, Jon Ekerold and lifelong friend, Peter Labuschagne.

With over 17 national and international championship winning bikes having been prepare by Van Breda Suzuki, the racing division is recognised as one of the premier builders of race bikes in SA. The race division specialises in the building and race tuning of all makes of bike engines, the workshop has its own state of the art “dyno jet rolling road” a must for measuring the tuning improvements involved in racing preparation. Today Van Breda Suzuki continues to prepare bikes for both Graeme and Les to compete on, along with many competitive race bikes competing in the ZX 10 Cup, Historic and Classic Racing and other local series. On any day, current race bikes, and indeed their riders, can be found at the premises. With our race team members happy to impart knowledge to those customers wishing to become involved in track day or more serious racing efforts.

Our Springs premises dedicates 3 floors of space to our Suzuki Spares and workshop facilities, where servicing and repair of all brands of bikes are undertaken by some of the most experienced qualified workshop staff in the country.

We hold the largest stock of Suzuki Bike and Quad spares of any dealership in South Africa, if we don’t have a part in stock we are best placed to source this from our myriad of contacts in the trade built up over 40 years of supplying our customers.

We are proud of the high service level we are able to provide our spares and workshop customers, we regularly receive compliments about the “pleasure it is” to deal with people who know the product lines so well.

With 2 large showrooms stocked with new Suzuki Bikes and Quads along with a substantial inventory of spotless used machines, we are well placed to supply our customers with the bike that suits their needs. Graeme van Breda heads up the sales operation, he and his staff can put together a package to suit your pocket, finance is provided through the major banks. 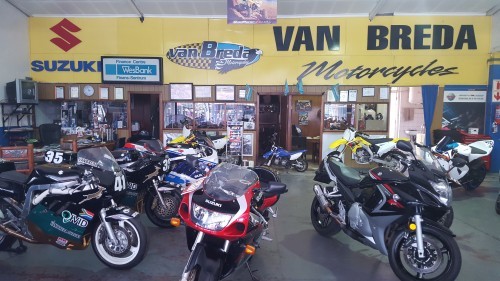 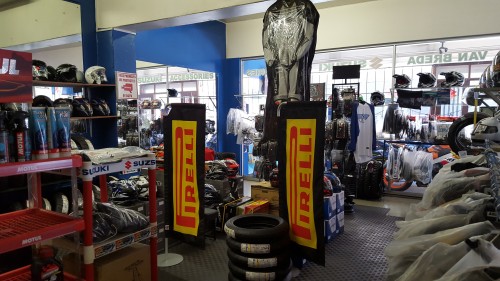 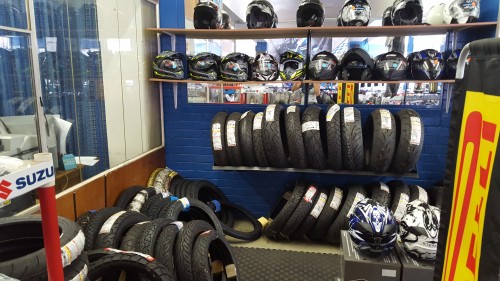 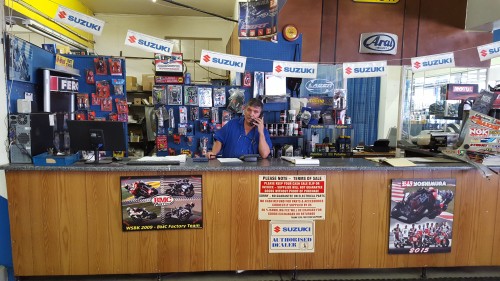